Research Center for Prediction
of Earthquakes and Volcanic Eruptions

The Japan Islands comprise only 0.25% of the world's total land areas, but 20% of the world's earthquakes and 7% of the world's active volcanoes occur in and around Japan. In order to mitigate earthquake and volcanic disasters, it is very important to clarify why and how the earthquakes and volcanic eruptions occur and to try to make predictions of them. For this purpose, , researchers with different expertises are studying earthquakes and volcanoes at our research center. Moreover, we have been conducting international joint research and observations for contributing to the global efforts to mitigate natural disasters and revealing the whole range of activities of the solid Earth. Our center is made up of the following four research groups.

We have believed that earthquakes in Northeastern (NE) Japan occur because of the east-west compression of the crust caused by a continental plate and an oceanic plate leaning against each other. However, despite the fact that the east-west compression was released by the occurrence of the 2011 Off the Pacific coast of Tohoku Earthquake (Mw 9.0), there are quite a few areas in which increased seismic activities are observed. Therefore, we are carefully analyzing, examining, and comparing seismic activities, strain fields, and subsurface structures before and after the 2011 Tohoku earthquake. Adding the experimental data to these results, we are now trying to construct earthquake generation models for earthquakes in land areas and descending oceanic plates. 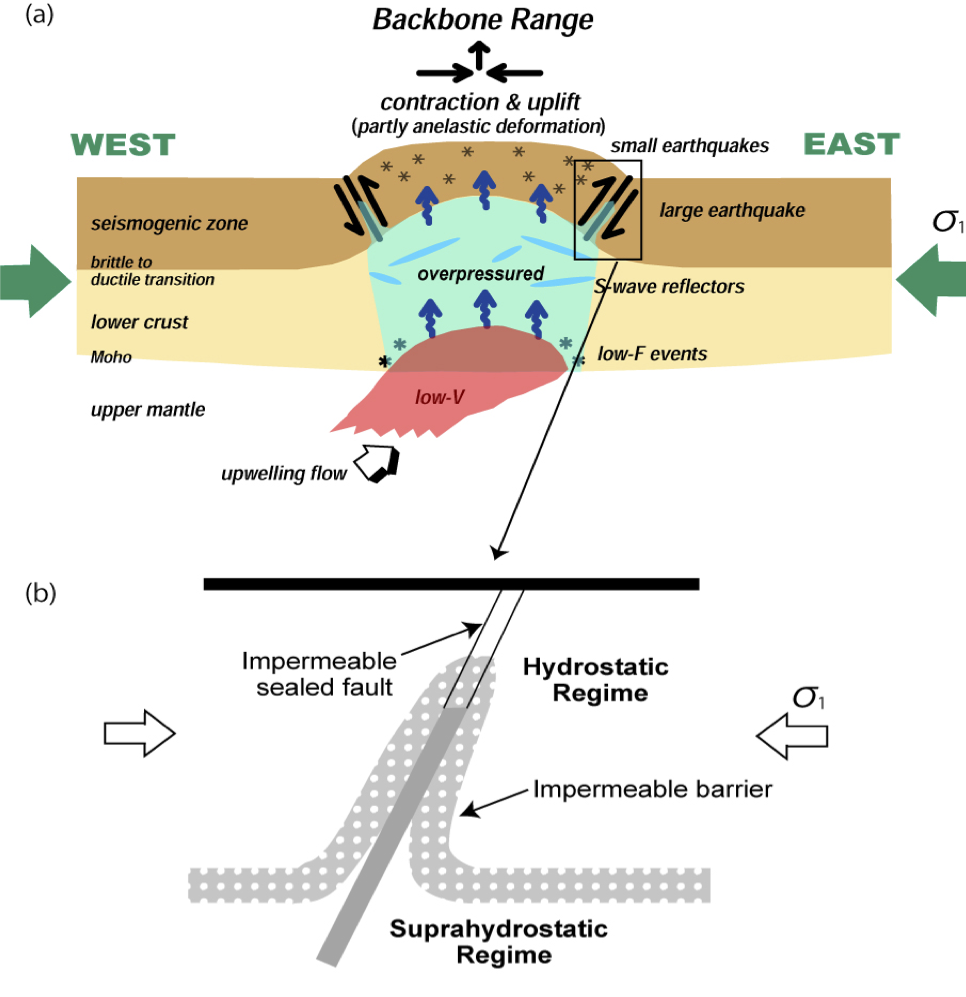 Schematic representation of our model explaining the generation process of shallow earthquakes in northeastern Honshu, Japan.

(as of September 30, 2015)
As you can tell from the recent volcanic eruptions of Nishinoshima, Mt. Ontake, and Kuchinoerabujima, it seems that there has been an increase in volcanic activity all over Japan lately. In NE Japan, as numerous volcanic earthquakes were temporarily detected in Mt. Azuma situated in Fukushima prefecture and Mt. Zao situated between Miyagi and Yamagata prefectures, it has not been permitted to approach the summit craters of those volcanoes. Our research group is aimed at understanding the precursory processes leading up to the volcanic eruption and its generation mechanism by estimating the distributions and the spatiotemporal variations of the magma beneath volcanoes and of the hydrothermal system based on several kinds of observational data such as seismic, geodetic, and geomagnetic data. 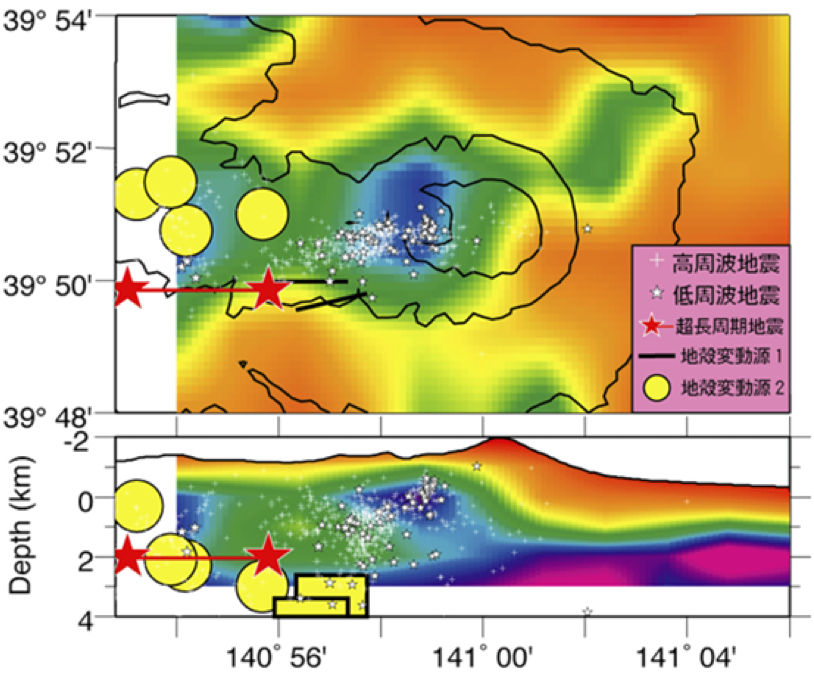 Surface activities on earth such as earthquakes and volcanic eruptions are the results of interactions among multiple plates covering the earth's surface and are concentrated along the plate boundaries. As most plate boundaries are distributed under the sea and are covered by an enormous amount of seawater, the generation mechanism of those natural phenomena are still largely a mystery. Though we live in an age when a spacecraft can reach Pluto which is situated 5 billion km away from our planet, it is still very difficult for us to explore the sea bottom which is only 10 km below the surface of the sea. Our group has been developing deep seafloor observation techniques and advancing the research by making full use of those techniques in order to discover the truth about the plate boundaries under the seabed. 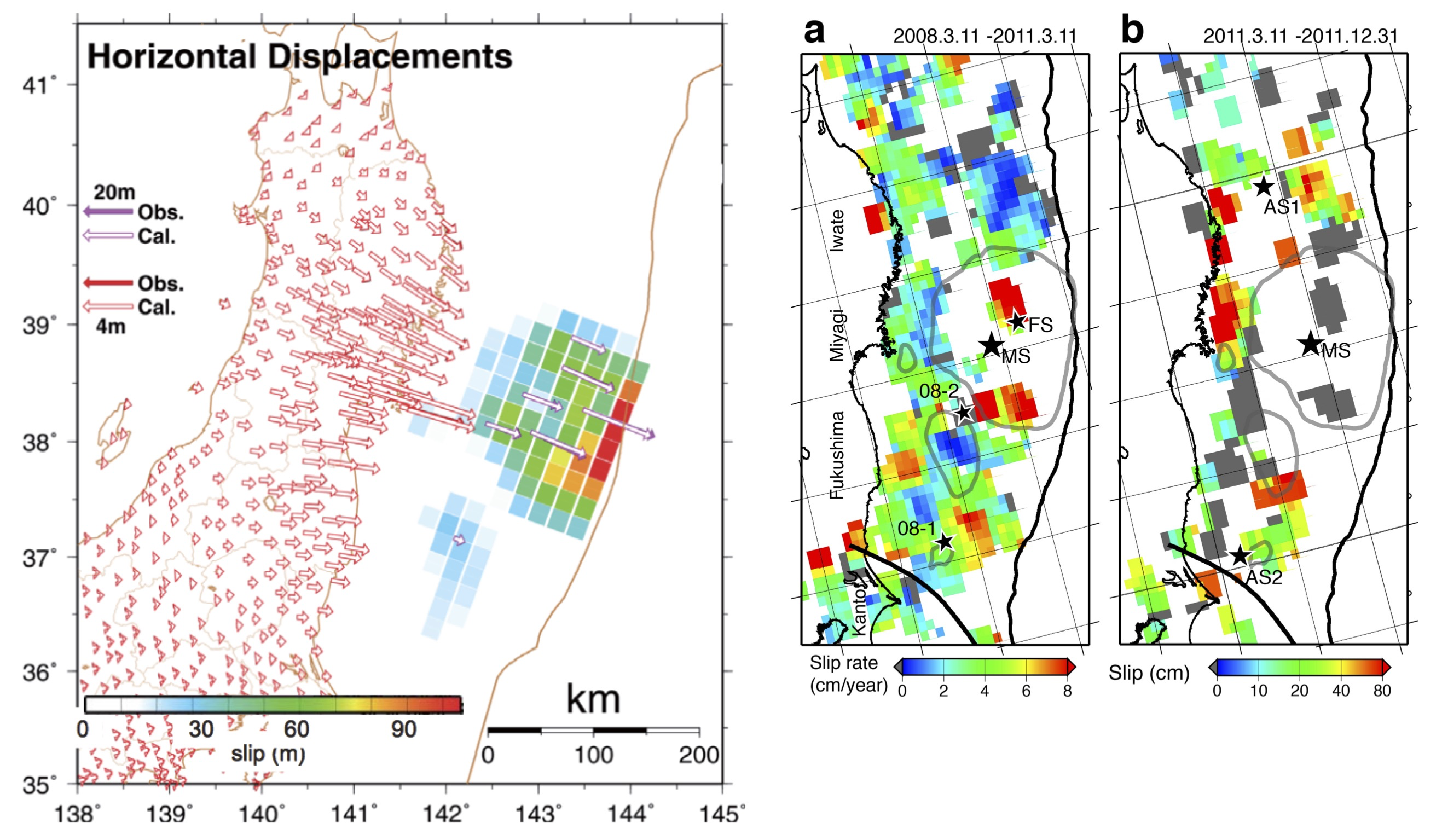 So far our research center has been conducting research and observations focusing on the NE Japan arc, in order to clarify various seismic and volcanic phenomena occurring in subduction zones. Because plate subduction is a global feature of the Earth, it is necessary and important to conduct seismic and volcanic research for the other subduction zones and the whole Earth so that we can have a better understanding of earthquakes, volcanoes and subduction dynamics. . For this purpose, we have set up the Global Earthquake and Volcano Research Group" since April 2014 to study the structure and dynamics of the Earth's interior from a global point of view. 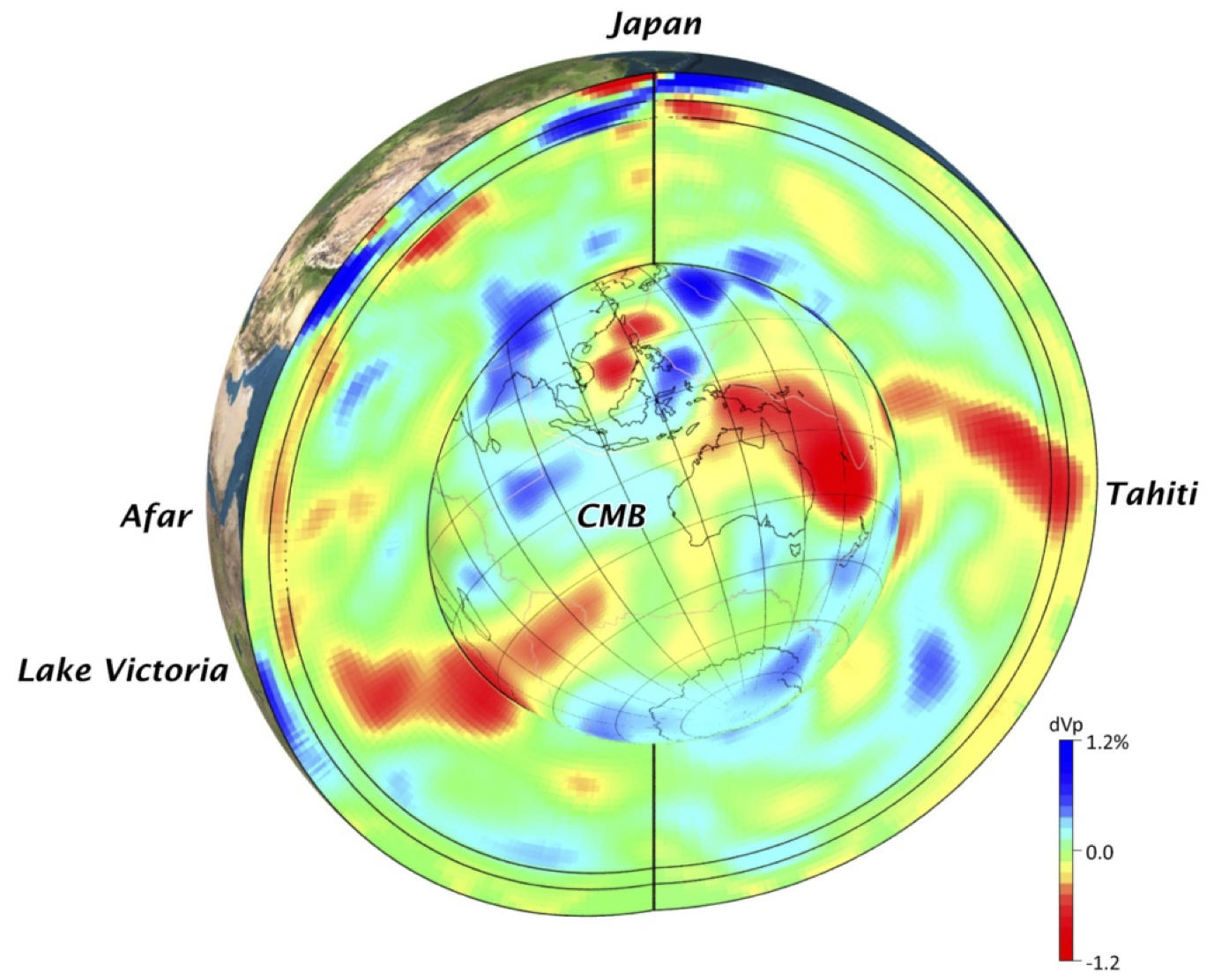 P-wave tomography of the Earth's mantle and core-mantle boundary (the central circle). The red and blue colors denote low and high velocities, respectively. The Pacific superplume under Tahiti and the African superplume under Lake Victoria are visible.


Faculty members and their research subjects (as of September 30, 2015):