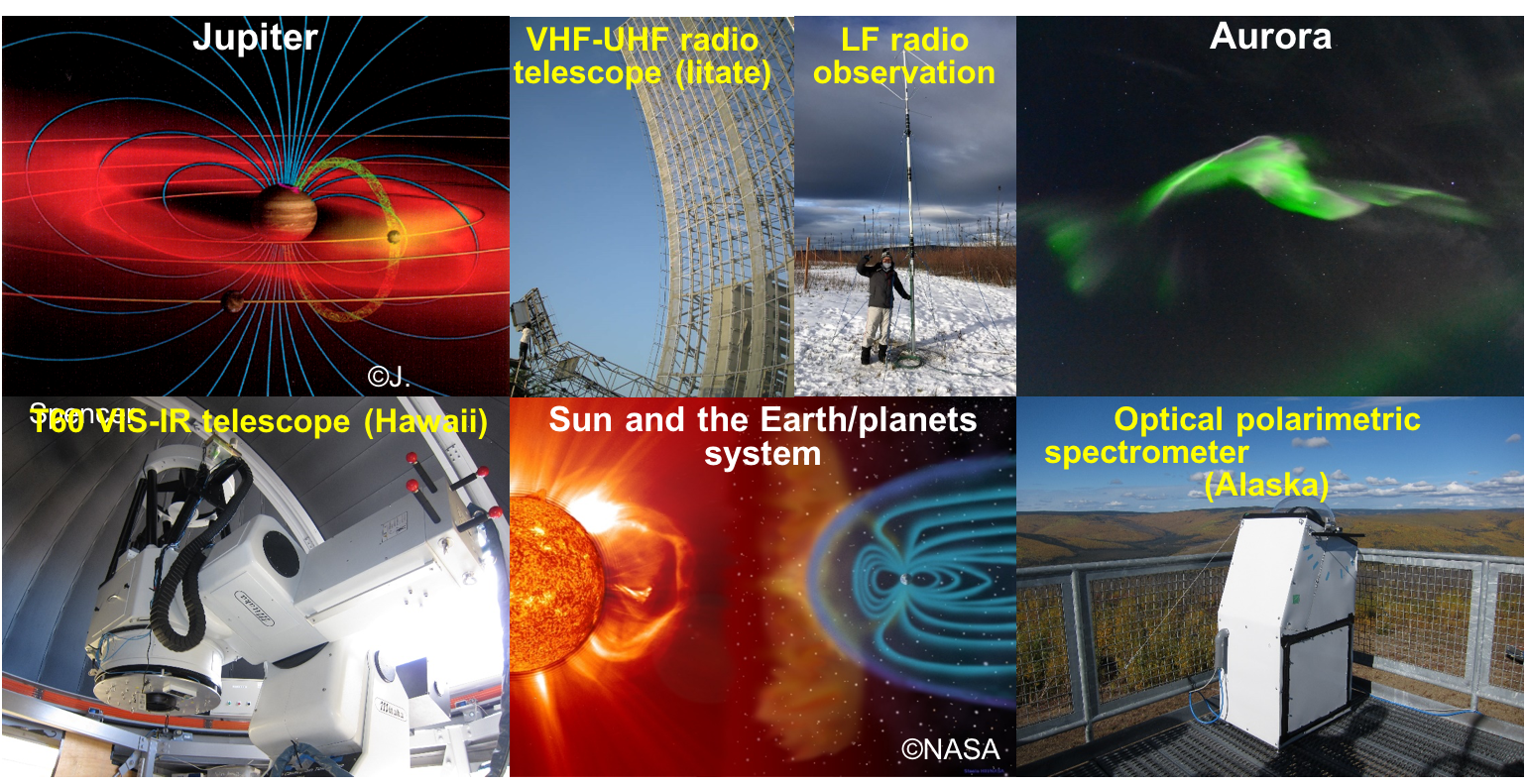 The Planetary Plasma and Atmospheric Research Center (PPARC) is conducting its research work in collaboration with the Space and Terrestrial Plasma Physics Laboratory and the Planetary Atmosphere Physics Laboratory to elucidate many open questions related to the planetosphere through the observations of "radio waves" and "light" mainly at our six observatories.
Only recently we have come to understand the behavior of planets and moons in the solar system. An enormously valuable contribution to that exploration has been made with the fact that humankind is now able to send space probes to other planets. Nevertheless, to capture a comprehensive picture of planets and to put them into full view, it is necessary for us to observe faint light and radio waves that reach our Earth from far-away planets with the latest technology. The PPARC is the only research center that is currently observing the planets with light and the radio waves from the ground. A better understanding of the planets, which we are trying to accomplish, is leading all of humankind to broaden its frontiers. The targets of our research are expanding to study the dynamics of the solar atmosphere and the Sun-Earth connection, and will extend to an extrasolar planet in the future.