History
of the
Department 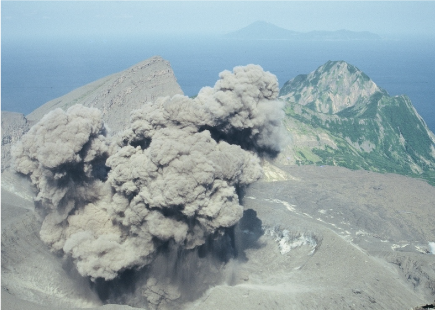 In 1952 the Mukaiyama Observatory became Seismological Observatory belonging to Faculty of Science, and now it became Research Center for Prediction of Earthquakes and Volcanic Eruptions belonging to Graduate School of Science. In 1957 the Night Airglow Observatory was established in Zao town, Katta-Gun in Miyagi Prefecture, and it became Upper Atmosphere and Space Research Laboratory in 1973, and was composed of two divisions (Upper Atmosphere Physics and Climate Physics) in 1979. The Climate Physics Division has become the present Center for Atmospheric and Oceanic Studies belonging to Graduate School of Science. In addition, the Onagawa Observatory for Earthquakes, Tsunamis and Geomagnetism installed in 1947 became Onagawa Geomagnetic Observatory later, and it was combined with the Upper Atmosphere and Space Research Laboratory in 1999 to become the current Planetary Plasma and Atmospheric Research Center.

Thus at present the whole Department of Geophysics is a big research and education organization consisting of four laboratories and three research centers. Therefore a feature of Tohoku University is that these labs and centers have been developed to the present forms through close cooperation and collaborations, and they are still keeping their activities with strong connections and collaborations.