Pursuing the fate of planetary atmospheres 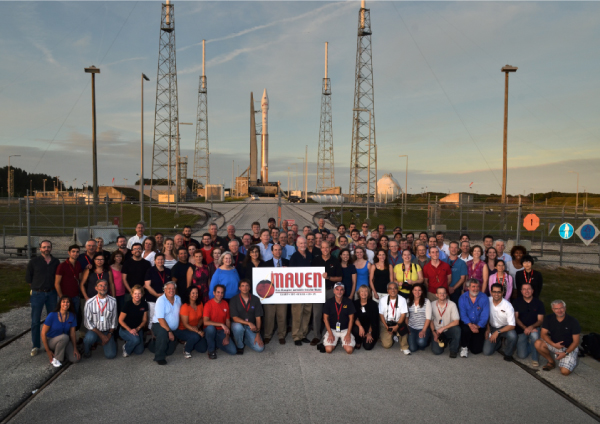 ﾂ黴Sun's ultraviolet radiation and the solar wind are stripping away a fraction of the Earth's and planetary atmospheres. Because of the massive atmospheric escape to space, the amounts and compositions of the Earth's and planetary atmospheres have gradually changed with a time scale of hundred to thousand millions of years. The Planetary and Space Physics (Field C) group of Tohoku University has been studying the atmospheric escape to space by satellite observations, ground-based observations, numerical simulations, and their mutual collaborations.

ﾂ黴Since the Soviet Union's Phobos-2 spacecraft (launched in 1988) observed a large amount of atmospheric escape from Mars at a rate corresponding to an evacuation of the total oxygen contents in the present Mars atmosphere in less than a hundred million years, the atmospheric escape to space has been intensively studied by many researchers. The Japanese first Mars mission Nozomi (launched in 1998) was dedicated to investigate the solar wind interaction with the Martian upper atmosphere and the atmospheric escape phenomenon. The field C group of Tohoku University provided Plasma Wave and Sounder experiment (PWS) and Ultraviolet Imaging Spectrometer (UVS) and played a major role in the Nozomi mission. But unfortunately, Nozomi failed to go into a Mars orbit because of troubles occurred on the way to Mars.

ﾂ黴Geomorphological and mineralogical evidences obtained from recent NASA's and ESA's Mars missions have revealed that Mars possessed plenty of liquid water at its early epoch. However, it is still to be understood why Mars underwent such a drastic climate change and then resulted in the present cold and dry atmosphere. The atmospheric escape to space is considered to be a plausible candidate mechanism that caused the drastic climate change on early Mars.

ﾂ黴After the Nozomi mission, the field C group of Tohoku University has been extensively studying the atmospheric escape and its impact on the evolution of the planetary environment through satellite observations, ground-based observations, and numerical simulations. Recently, we are involved in the JAXA's first scientific small satellite Hisaki, and the NASA's Mars aeronomy mission MAVEN (Mars Atmosphere and Volatile EvolutioN). One of the primary objectives of these missions is to investigate the atmospheric escape to space. In addition, one of the main objectives of the PLANETS project, which was featured in the previous topic of this web site, is to observe faint escaping planetary atmospheres by making use of its unique capabilities.

ﾂ黴Hisaki was launched on September 14, 2013 from the Uchinoura Space Center by the Epsilon rocket. The field C group of Tohoku University has been participating the mission as core members. After its successful launch, Hisaki first observed Jupiter, and then started to observe Venus and Mars from March 2014. Venus has no intrinsic magnetic field, thus its atmosphere directly interacts with the solar wind, and the atmosphere is stripped away through mechanisms similar to Mars. Hisaki has obtained upper limit of the ion escape rate and also found quasi-periodic oscillations in the upper atmosphere of Venus. Although the mechanism to cause the quasi-periodic oscillations is not yet understood, their amplitude is so large that it could affect the atmospheric escape processes. In order to understand the quasi-periodic oscillations in the upper atmosphere, Hisaki will continuously observe Venus again from May 2015.

ﾂ黴NASA's Mars orbiter mission MAVEN was launched on November 18, 2013 from the Kennedy Space Center. The attached picture is a MAVEN team image taken just before the launch in front of the MAVEN spacecraft. Our group is participating in the MAVEN mission as a participating scientist in collaboration with STEL/Nagoya University, ISAS/JAXA, and Max Planck Institute for Solar System Research. The MAVEN team members and their families were invited to the mission briefing just before the launch, and a numerical simulation from our group was used to introduce the mission objective there. The field C group of Tohoku University has been developing state-of-the-art numerical models that cover a wide variety of regions in planetary atmospheres and magnetospheres. The field C group of Tohoku University will clarify the atmospheric escape and its impact on the evolution of planetary environment by international collaborations and combination of satellite observations, ground-based observations, and numerical simulations. 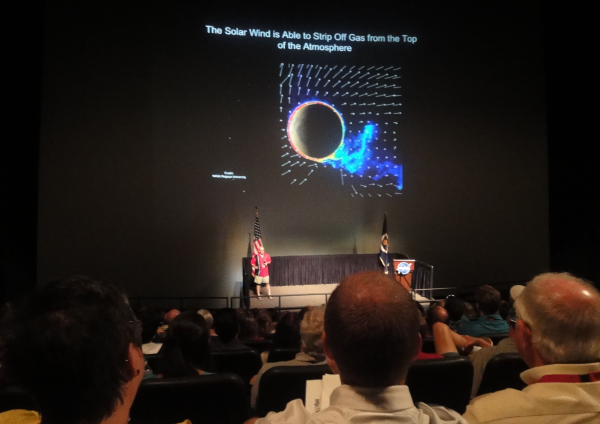 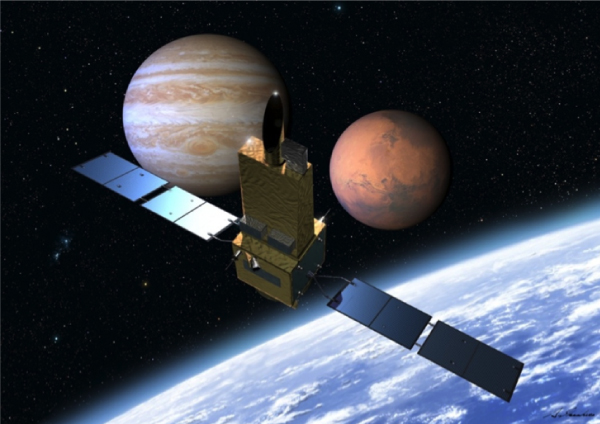