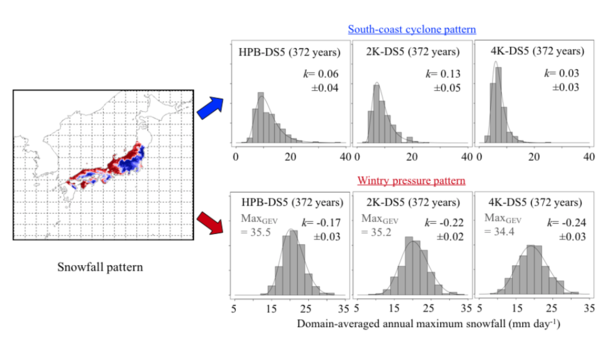 Do you know anything about climate change adaptation?

Recently, our life is in the process of large change due to climate change. For example, the temperature rise inhibits the plant growth, leading to the decrease of the cropping yield. And then, the other problems such as a flood, extreme rainfall from the large-scale tropical cyclone, heatstroke is also going deeper. We are facing several serious issues related to climate and meteorological studies.

Averting and mitigating disasters are essential thing for our life, and we need to deal with the climate change which is currently happening. This thing is "climate change adaptation"; a cultivar improvement along with the temperature rise by global warming; change the cropping period to ensure the optimum growth environment. The provision for the decrease of the rice yield results in the avoidance of the future common concern relevant to food shortage. And also, we need to prepare for the current-day disaster (e.g., tidal wave and river bank outburst) parallel with the future climate change prediction studies.

To conduct the adaptation plan, we first need to answer the pure scientific question of where the climate change is going. Among the issues, the investigation of "possible emergency range (uncertainty)" leads us to a new understanding of extreme meteorological event. One of the most efficient approaches for such an investigation is an analysis of the probability density distribution based on the large-scale simulation with the regional climate model.

Figure 1 is a part of an ongoing study related to uncertainty of the climate change based on the external statistical analyses. Japan is a rare worldwide region that has two typical snowfall patterns. One is the south-coast cyclone pattern in the Pacific side and the other is the wintry pressure pattern in the Japan Sea side. Since the mechanism is much different between the two patterns, we can expect that the extreme event under the field affected by climate change is also different. So, we examined the spatial-averaged characteristics of snowfall by dividing central Japan area into two regions.

Figure 1 showed that the extreme snowfall event of the Pacific side is drastically decreasing due to warming, but the response of the Japan Sea side to temperature rise has little change. For the Pacific side, more detailed analyses demonstrated that an unexpected extreme heavy snowfall will be possible although less commonly. Whereas we examined the difference of extreme snowfall between present and future climates (Fig. 2). The results showed that some region has an increasing variation of the extreme snowfall event although the temperature rise. The increase is caused by 1) the mountainous region that has enough low temperature field to keep the snow phase, 2) intensification of the rainfall activity by increasing atmospheric water vapor along with the Clausius-Clapeyron equation.

The detailed examination of the extreme snowfall event can provide more accurate information relevant to "calculated range (uncertainty)" to autonomous community, private company, researcher that specializes in the risk of the snow disaster. And, there is our life of safety at the end of that. What we scientifically understand such meteorological phenomena serves as a foundation for the protection of our livelihood. In order to more avert and mitigate the disaster pertinent to climate change, we wish that an increasing number of people could be interested in the studies of our Atmospheric Science Laboratory. 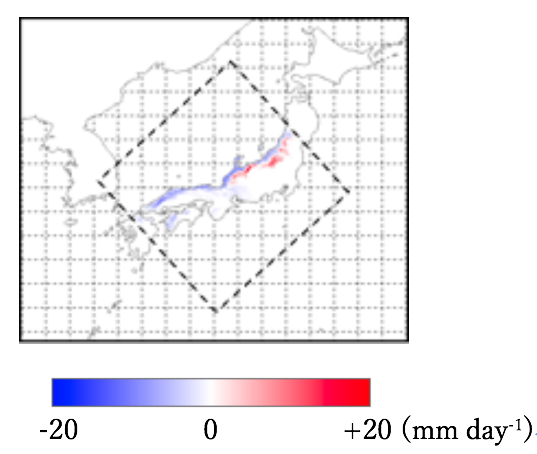 Figure 2. Difference of daily snowfall between the present and future climates (+4 K). Blue and red colors mean decreasing and increasing snowfall from present to future. The calculation domain indicates the inside of the dotted line.