Simulation of the "cool and wet" climate of early (3.8 billion-years-ago) Mars 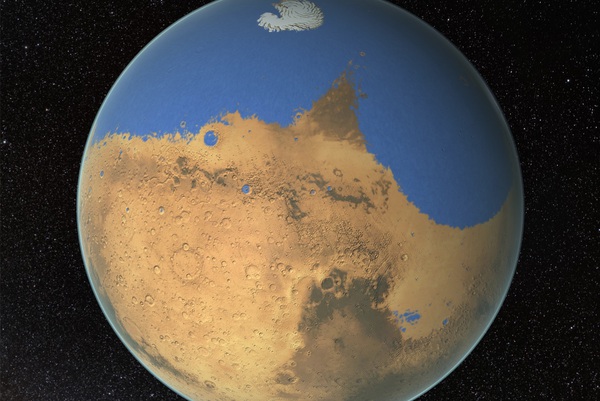 The climate on present Mars is very cold (~-70 ℃ in average) and thin (~0.007 bar), so it is very difficult for liquid water to exist on surface. However, a lot of traces of liquid water flow, so-called "valley networks" (Figure 2), have been observed on the surface of Mars, which shows that it would no doubt be that Mars had a warm climate with liquid water flow and oceans on surface before. Investigations of Mars-originated meteorites and craters on the surface have implied that Mars at ~3.8 Ga (~3.8 billion years ago) should have had an atmosphere of 0.5-2 bar (corresponding to present Earth) which consists of mainly CO2, to let one imagine that it had kept a warm climate due to the greenhouse effect of the atmosphere. Global climate models (GCMs) developed in several teams in the world (Figure 3) enable to reproduce the atmospheric environments of various planets virtually, and the reproduction of Martian environment at ~3.8 Ga has first been made by a French team using its GCM.

ﾂ黴ﾂ黴 However, the obtained result was that the early Mars cannot be warmed to keep the liquid ocean on surface only by the greenhouse effects of CO2 and water vapor (Forget et al., 2013), as the early solar insolation at that time was estimated to be ~75 % of the present value. Therefore, the discussion to explain the fluvial activities has been dominated by the opinion that the warming should have occurred by episodical events such as volcanic eruption and/or meteorite impact ('cold and frozen' scenario) (Wordsworth, 2016). On the other hand, another discussion to explain the warming by the existence of gases other than CO2 and water vapor has occurred, and a research showed that the existence of H2, possibly provided by the outgassing from interior, could have contributed to the warming by making the collision-induced absorption of infrared radiation with CO2 molecules ('warm and wet' scenario) (Ramirez, 2017).

ﾂ黴ﾂ黴 We, standing on the latter scenario of the above, have developed a GCM of early time Mars based on a terrestrial one, in connection with the simulation of surface water flow distributions by the precipitation and melting of surface snow, to make the evaluations of the climate and surface water flows of Mars at ~3.8 Ga for various conditions. As a result, we have shown that the CO2-H2O atmosphere including >1% concentration of H2 could possibly have made the warming enough to keep the surface liquid water on the conditions of expected surface pressure and insolation at that time. For instance, for the condition of the surface pressure of 1.5 bar and H2 concentration of 3%, a 'cool and wet' climate which repeated the seasonal rainfall and snowfall was reproduced, and the obtained surface water flow amount was enough to make about a half of the observed fluvial traces (Figure 4) in a million years (Kamada et al., 2020) (Figure 5). Our results first showed the possibility to make the liquid water flow on the surface of early Mars without considering the episodical warmings, but still cannot explain the formations of another half of the observed fluvial traces. Now the calculations considering the change of topography due to early volcanic activities and erosions by surface runoff and glaciers are ongoing for better explanations of fluvial trace distributions. Also, through such calculations, we are trying to constrain the distributions of surface temperature, water abundance and atmospheric compositions of early Mars to investigate the possibility of life environment at that time.

ﾂ黴ﾂ黴ﾂ黴We are also simulating the atmospheric environments of present Mars, Venus and extrasolar planets other than early Mars using the GCM, and investigating the mechanisms of the formations and evolutions of their climates in collaboration with observations. 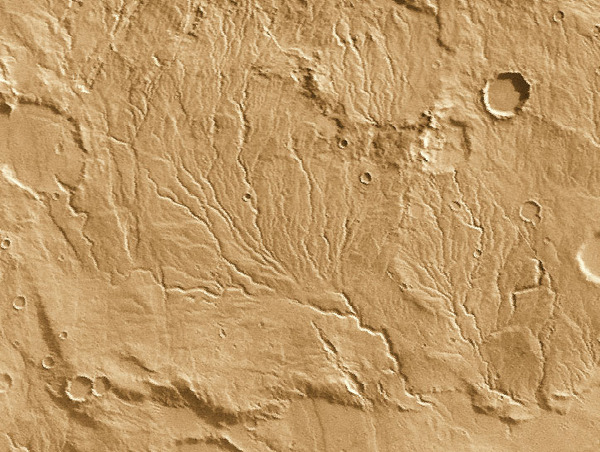 Figure 2: An example of observed "valley networks" on the surface of Mars. (Credit: NASA) 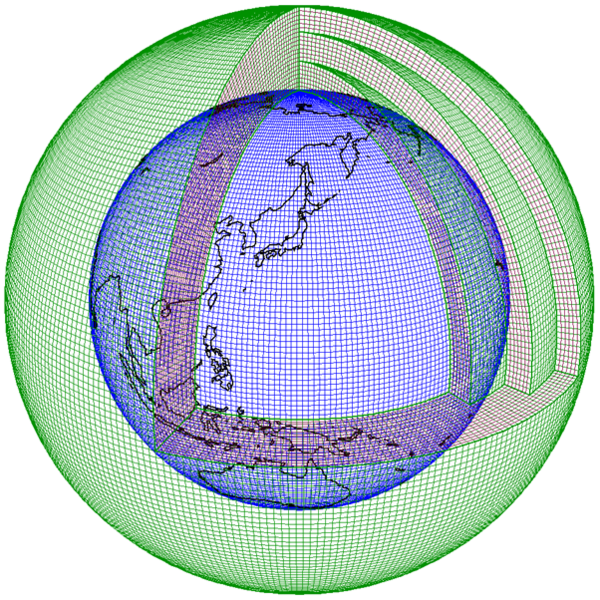 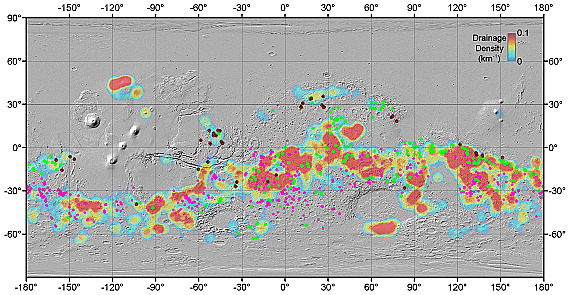 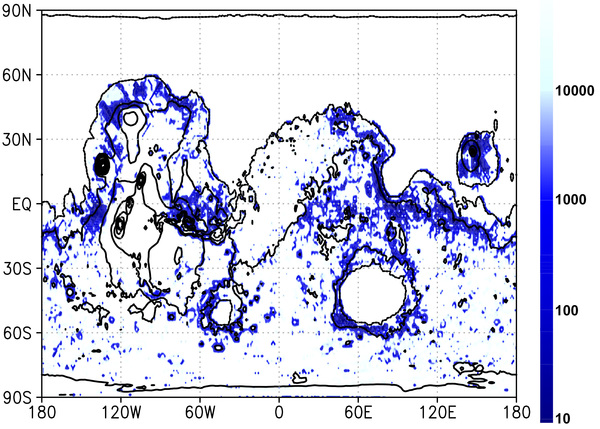