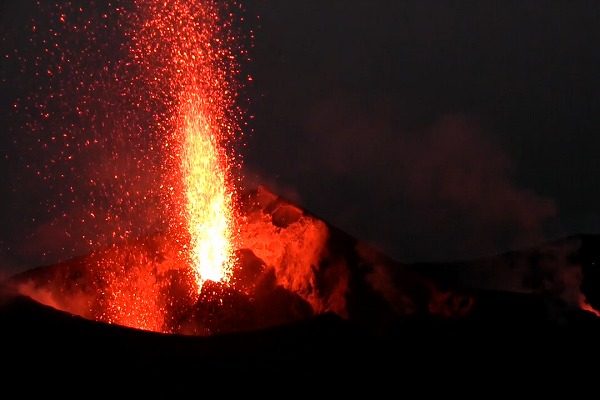 Stromboli volcano, one of the Aeolian Islands in the Tyrrhenian Sea (Itary), has been in almost continuous eruption for the past 2,000 years, and its present activity is characterized by repetitive explosions every few minutes or several tens of minutes. The Solid Earth Physics Laboratory (Seismology & Volcanology) of Tohoku University is studying the dynamics of volcanic eruptions through seismic and geodetic observations at Stromboli volcano, in cooperation with Universita degli Studi di Firenze, Hokkaido University, and NIED.

A volcanic eruption is accompanied with complex physical processes, in which bubble- and crystal-laden magma (multiphase flow) moves through the crust (elastic medium). Furthermore, eruptions occur with lower frequency than other natural phenomena such as weather phenomena and earthquakes, which prevents sufficient accumulation of observation data needed for understanding the phenomena.

In 2014 and 2015, we observed volcanic earthquakes and crustal deformations accompanied with the frequent eruptions at Stromboli volcano by installing seismometers and tiltmeters. A merit of the observation at Stromboli is that we can install the instruments near the summit crater (about 500 m distance from the vent), which enables us to precisely capture magma movement near the surface just before or during the eruption.

During our observation period, in addition typical Strombolian explosions at the summit, a flank fissure eruption also occurred in August 2014. Using the collected data, we are now investigating the depth and the magnitude of the explosion source, magma ascent process just before the explosion, and magma migration process accompanied with the flank fissure eruption. We are also studying the modeling of magma movement and explosion processes. 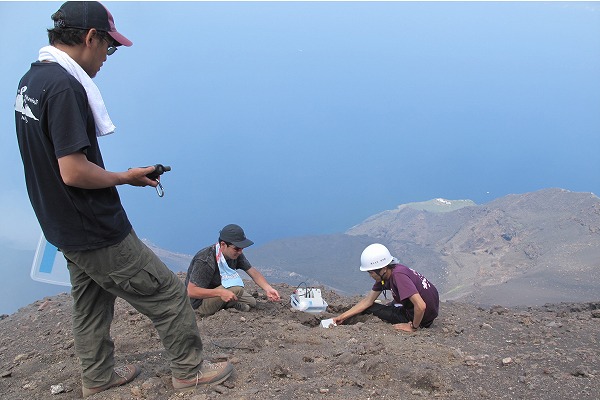