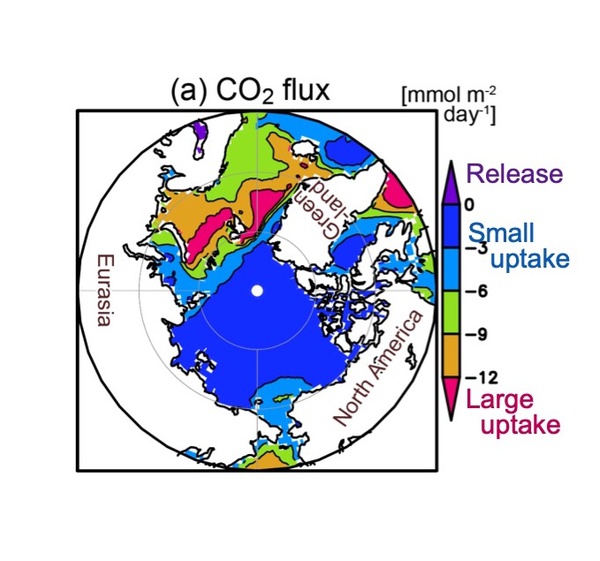 Figure 1. CO2 flux averaged for the period of January 1997 to December 2014 (negative values indicate flux into the ocean).

The Arctic Ocean is thought to act as a sink for atmospheric CO2 because of the high solubility of CO2 in its low-temperature waters. Furthermore, as global warming progresses, melting of sea ice will increase the area of open water in the Arctic, thus enhancing the potential for the oceanic uptake of CO2 from the atmosphere. So far, spatial and temporal distributions of CO2 flux in the Arctic Ocean had not been well understood due to insufficient data coverage in the heterogeneous area.

To address this issue, we applied a self-organizing map technique, which is a kind of neural network. It finds a relation of sparse CO2 data with enriched satellite data of temperature, sea ice concentration, chlorophyll-a concentration etc., and estimates CO2 flux including the area without CO2 observations. As a result, we produced monthly maps of air-sea CO2 fluxes in the Arctic Ocean for 18 years from January 1997 to December 2014 (Figure 1). These results revealed that annual Arctic Ocean CO2 uptake is 180 ± 130 TgC (1 TgC = 1012 g of carbon = 1 million tons of carbon). It accounts for 10% of the total in the entire ocean, while the Arctic Ocean accounts for only 3% of the world's ocean surface area. In addition, the successful quantification of air-sea CO2 flux in the area also found large spatial and temporal variability. However, we could not detect at this stage which effect exceeds; positive effect by the sea ice retreat and negative effect by the warming.

(by Sayaka YASUNAKA, Center for Atmospheric and Oceanic Studies)