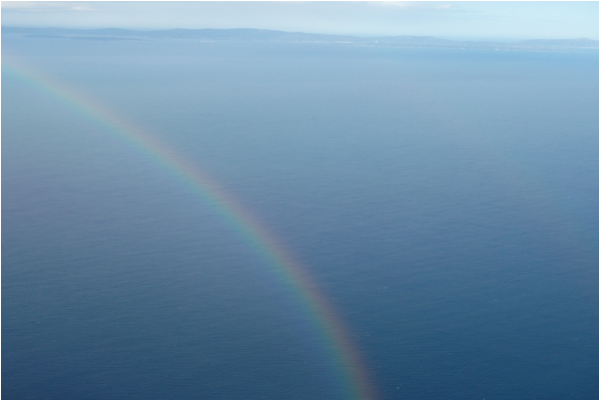 ﾂ黴 ﾂ黴ﾂ黴 Here we talk about the long-term trend of the ocean precipitation around Japan.ﾂ黴 The map of the averaged ocean precipitation around Japan are shown in Figure 2.ﾂ黴 This figure was made out of the hourly precipiation data from 2007 to 2016 by the Japan Meteorological Agency's numerical model results.ﾂ黴 According to Figure 2, the high precipitation area, which is colored yellow and red, extends from near Taiwan to the west of Okinawa-Amami Islands in East China Sea.ﾂ黴 Such area appears in the sea south of Kyushu, Shikoku and Honshu Islands and also appears in the sea east of Boso Penunsula.ﾂ黴 It is noted that the distribution of these high precipitation areas corresponds well to the ocean currents, Kuroshio and Kuroshio Extension. 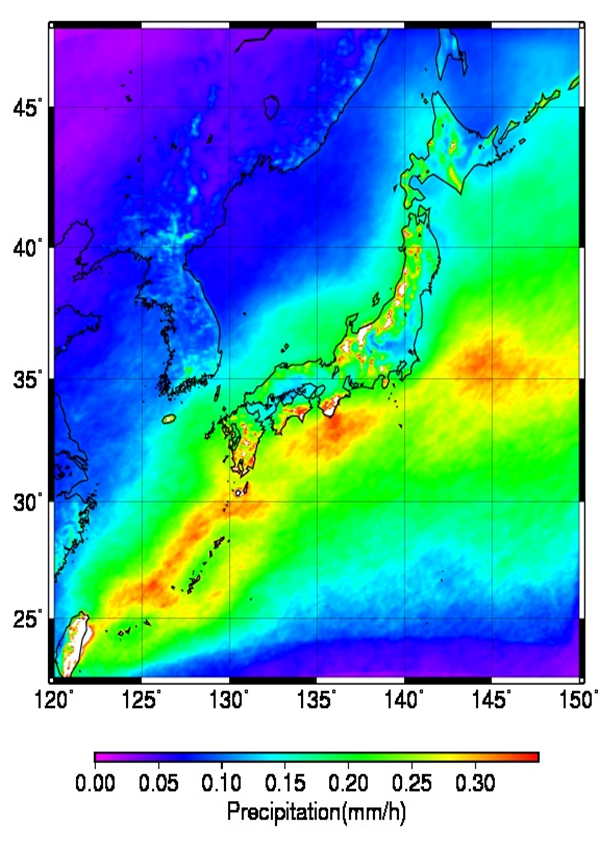