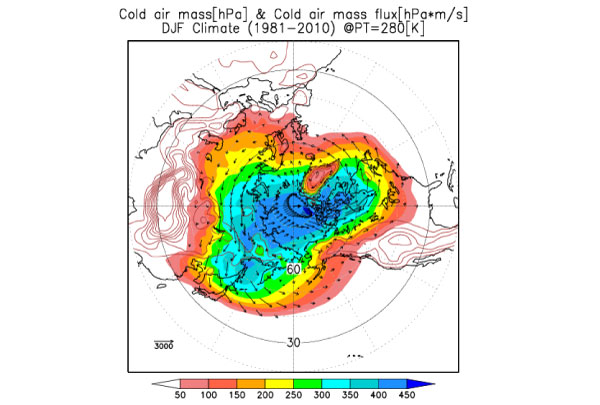 The coldest air mass with the lowest potential temperature is situated at the bottom of the atmosphere.ﾂ黴 The upper panel shows that the thickness of the cold air mass almost reaches 500 hPa (about 5000m) at most.ﾂ黴 Its geographical distribution is deviated from axisymmetry under an influence of ultra-long waves with wave number of three.

The cold air mass is generated over the continent and sea-ice and disappears over the open ocean.

Two major cold air streams are found in Northern Hemispheric winter.ﾂ黴 We call them East Asian stream and North American stream.ﾂ黴 The former grows up with moving eastward over the northern Eurasia, turns southeastward over Siberia, and disappears over the Pacific Ocean. The latter grows up over the Arctic Ocean, flows southeastward on the eastern side of Rocky mountains, and disappears over the Atlantic Ocean.ﾂ黴 Near the storm tracks, active extratropical cyclones assist the equatorward displacement of cold air mass and its loss over the warm ocean.

In Northern hemispheric winter, the life time of the cold air mass associated with large scale motions is estimated at less than 30 days.ﾂ黴 Charge and discharge of the cold air mass initiate low-frequency variability of weather system in the polar region.ﾂ黴 The discharge is caused by the cold air outbreaks, so-called cold surge events, which bring extremely cold weather.ﾂ黴 Those are also the main events of cold waves over Japan. 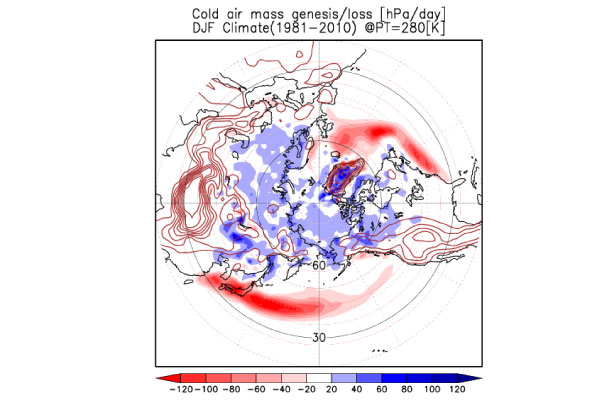 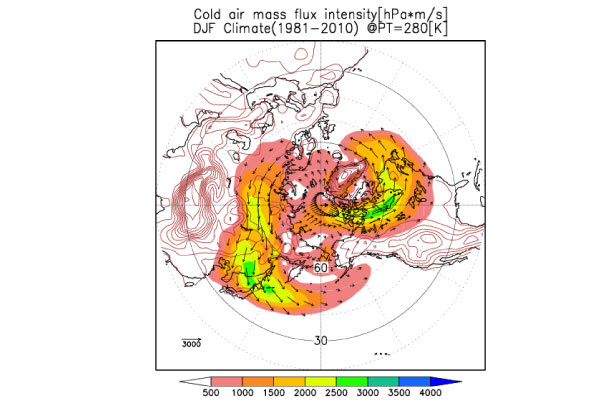