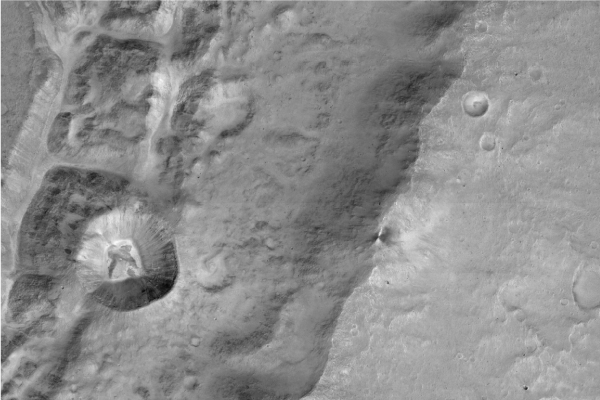 Fig.1 Close-up image near the Mars equator. The image scale is 7.2m/pixel. The image was taken on 22 November 2016 and is one of the first acquired by the CaSSIS onboard TGO. (Credit: Roscosmos/ExoMars/CaSSIS/UniBE)

ESA's new ExoMars orbiter, Trace Gas Orbiter, or TGO, arrived at Mars on 19 October this year. We, Department of Geophysics, Tohoku University,ﾂ黴 are participating this mission.

"Why and when did Mars and Earth diverge?" is essential for understanding that the environment involved and on that create and keep life depends. In 2004, the simplest organic molecule, methane (CH4) was detected in the Martian atmosphere. This discovery indicates that the plant is, or was,ﾂ黴 either biologically or geologically active, because its potential origin should be from the surface. However, its reservoirs, release mechanisms, and its sink are still open questions.

The ExoMars (Exobiology on Mars) is the mission in the Exploration program of the European Space Agency (ESA) in collaboration with the Russina Space Agency (Roscosmos), with the aim to search for signs of life, past or present on Mars. The ExoMars Trace Gas Orbiter (TGO) has successfully arrived at Mars on 19 October, and spent the last two orbits during 20-28 November testing its science instruments for the first time since arrival. You can see the first images and spectra in the link below.
Using information like this spectrum, we are able to measure the composition, abundance and location of water and other molecules, including methane, to understand more about the processes occurring in the atmosphere and at the surface.

Our group in Department of Geophysics, Tohoku University, joins this mission as a Co-Investigator (Prof.Yasumasa Kasaba) under the international collaborations with Prof.Oleg Korablev(Russia, Principal Investigator of ACS instrument), and Prof.Ann C Vandaele(Belgium, Principal Investigator of NOMAD instrument). We aim to make a detailed inventory of minor trace gases, and understand the possibility of "life on Mars", and planetary atmospheric evolutions. Very exciting!! 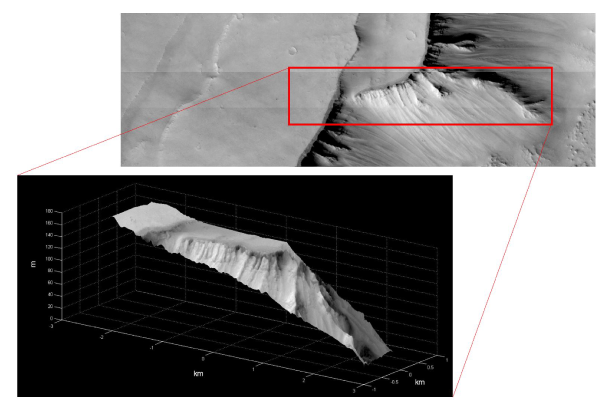 Fig.2 First stereo reconstruction of a small area in a region called Noctis Labyrinths by TGO/CaSSIS. The image gives an altitude map of the region with a resolution of less than 20m. (Credit: Roscosmos/ExoMars/CaSSIS/UniBE) 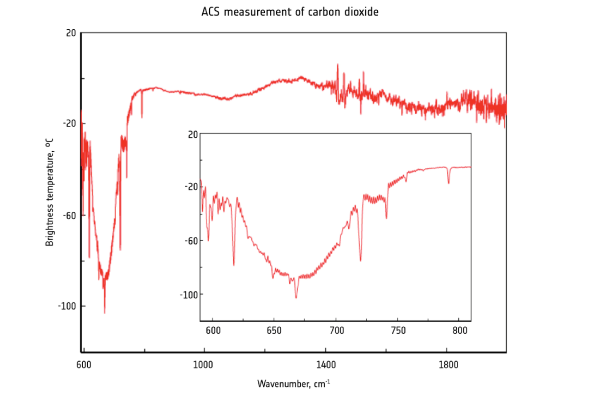 Fig.3 Mars spectrum at thermal-infrared wavelengths, which provide information on dust and ice particles, temperature profiles and concentration of gases. A carbon dioxide features of the atmosphere can be seen in the figure. (Credit: Roscosmos/ExoMars/ACS/IKI) 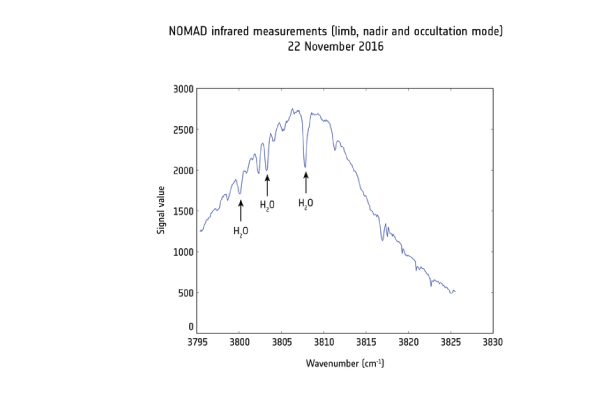