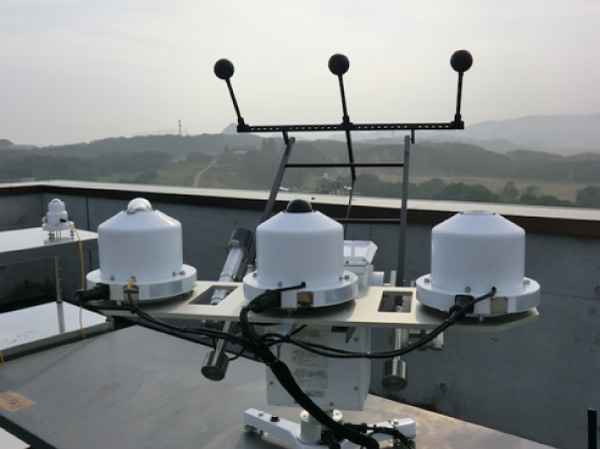 ﾂ黴ﾂ黴 The energy in the atmosphere-surface system of the Earth is provided by shortwave radiation from the sun. The received energy is emitted to the space by longwave radiation.ﾂ黴 Accordingly, the energy budget of the earth's surface is balanced for one year, and the climate of the whole Earth appears to be stable. The spatiotemporal variation of received surface shortwave radiation produces wind, clouds, and precipitation.

ﾂ黴ﾂ黴 Among the causes to produce long-term variation of surface shortwave radiation, anthropogenic aerosols are considered to be dominant through various mechanisms. ﾂ黴For example, the surface shortwave radiation decreases with an increase in aerosol loading in the atmosphere because of the scattering effect of aerosol.ﾂ黴 On the other hand, aerosols affect the cloud radiative properties such as reflectivity due to an increase in cloud condensation nuclei, cloud particle concentration, and cloud particle size.ﾂ黴 It also affects the lifetime of cloud and cloud amount. 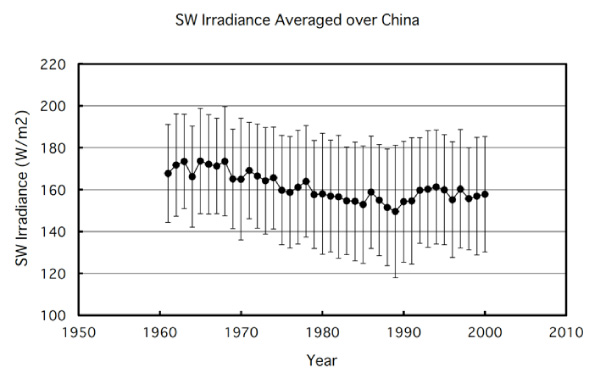