A volcanic outburst on Io in the magnetosphere of Jupiter

The Planetary Plasma and Atmospheric Research Center (PPARC) and the Planetary and Space Physics Group of Tohoku University relocated the Tohoku 60-cm (T60) telescope from the Iitate observatory in Fukushima to the Haleakala observatory in Hawaii on September 2014 (see topic #01). I will present research progress using the T60 during recent two years.ﾂ黴

The magnetosphere of Jupiter is characterized by strong magnetic field, fast self-rotation (10h), and a massive source of plasma originated from the moon, Io. Io is one of the most volcanically active objects in our solar system. Neutral particles originated from volcanic eruption (mainly composed of sulfur dioxide) are ionized by impact with electron in the magnetosphere, and then, the ionized gases (plasma) form a donut-shaped region of dense plasma along Io's orbit which is called the Io plasma torus. Ions in the plasma torus, mainly consist of sulfur and oxygen ions, are excited by electron impact and emit photons in wavelength range from EUV to NIR (Fig.1) with its total energy of a few Terra Watts. The fresh iogenic plasma starts to almost corotate with the magnetic field (ion pickup) and it moves outward by a strong centrifugal force. This outward flow of plasma causes a field aligned current connecting the magnetosphere with the ionosphere, and the current system would provide energy for aurorae on polar regions of Jupiter (Fig. 2).

Our research group has been interested in how much of the iogenic plasma vary and in how the magnetosphere has been impacted by the variation of plasma. To answer those questions, we are making three coordinated observations; A) observation of iogenic neutral sodium cloud which is a good indicator for production of volcanic gases (Fig.3), B) observation of Io plasma torus which can drive density and temperature of plasma, and C) observation of aurorae on polar regions in UV and in Infrared. For the observations of A) and B), we employed telescopes at the Haleakala observatory in Hawaii including the T60. The JAXA's EUV space telescope Hisaki (see topic #02) and the ground-based telescopes such as SUBARU and NASA's IRTF are used for B) and C). We do not know when the volcanos on Io get active, so we are continuously making observation at Haleakala during about a half of year when Jupiter is in the night sky. Robotic telescope with dedicated instrumentation enables us to make such kind of monitoring observation incessantly.

Fortunately, after about a year passed from the start of mission, Hisaki has successfully observed an outburst of Io plasma torus as well as an subsequent activation of EUV aurora during January through May in 2015. Iogneic neutral cloud and ion temperatures measured from the T60 also increased simultaneously. We are now focusing on revealing how much the mass and energy are supplied and are transported during the outburst event.

In July 2016, NASA's spacecraft Juno was inserted into the Jupiter orbit. In-site observation with Juno and remote sensing by Hisaki and ground-based telescopes will make progress in understanding dynamics and energy transport in the magnetosphere of Jupiter. 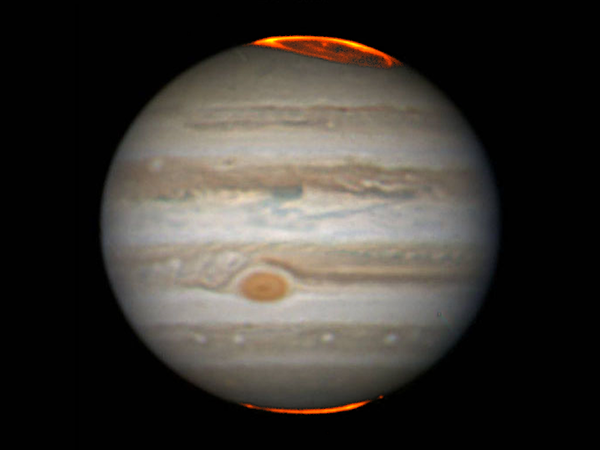